Prep For Tomorrow — What's Your Legacy? 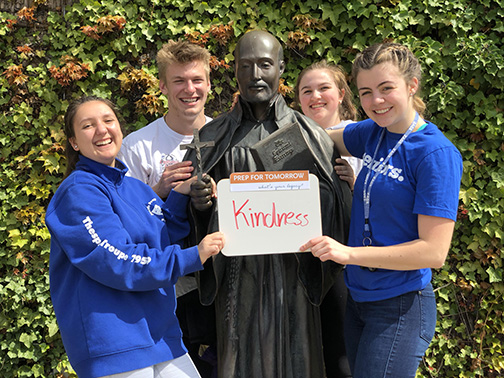 Every class and every person at Prep leaves a legacy for others. The footprints they leave on this campus transform our entire community. Endowments at Seattle Prep are an important part of that legacy honoring graduating classes, Golden Panthers and other individuals who have touched our lives.

They also provide valuable tuition assistance to one in four students who will be able to leave their own mark at Prep and on the world. Led by 114 seniors, more than 250 members of the Seattle Prep community came together for our endowment giving day. Contributions and corporate matching total more than $90,000 to support students. Thank you for this incredible faith in our mission!

Contributions to support Prep students were made to the following endowments:

These gifts will help to Prep for Tomorrow by providing vital tuition assistance and unrestricted support for generations to come. Special kudos to the Seattle Prep seniors who took time out from the last few weeks of senior year to leave their legacy as young men and women for others. We are so grateful for your generosity!

If you made a gift, thank you! Request a company match to support even more students.

If you have questions about Seattle Prep endowments or prefer to make an endowment gift through an IRA distribution, stock transfer, estate plan or at a later time, contact Director of Individual Giving, Katrina Freeburg or call (206) 577.2237.

DonATE
and PAY IT FORWARD 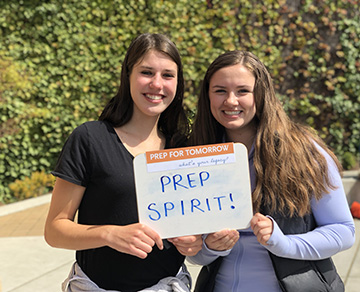