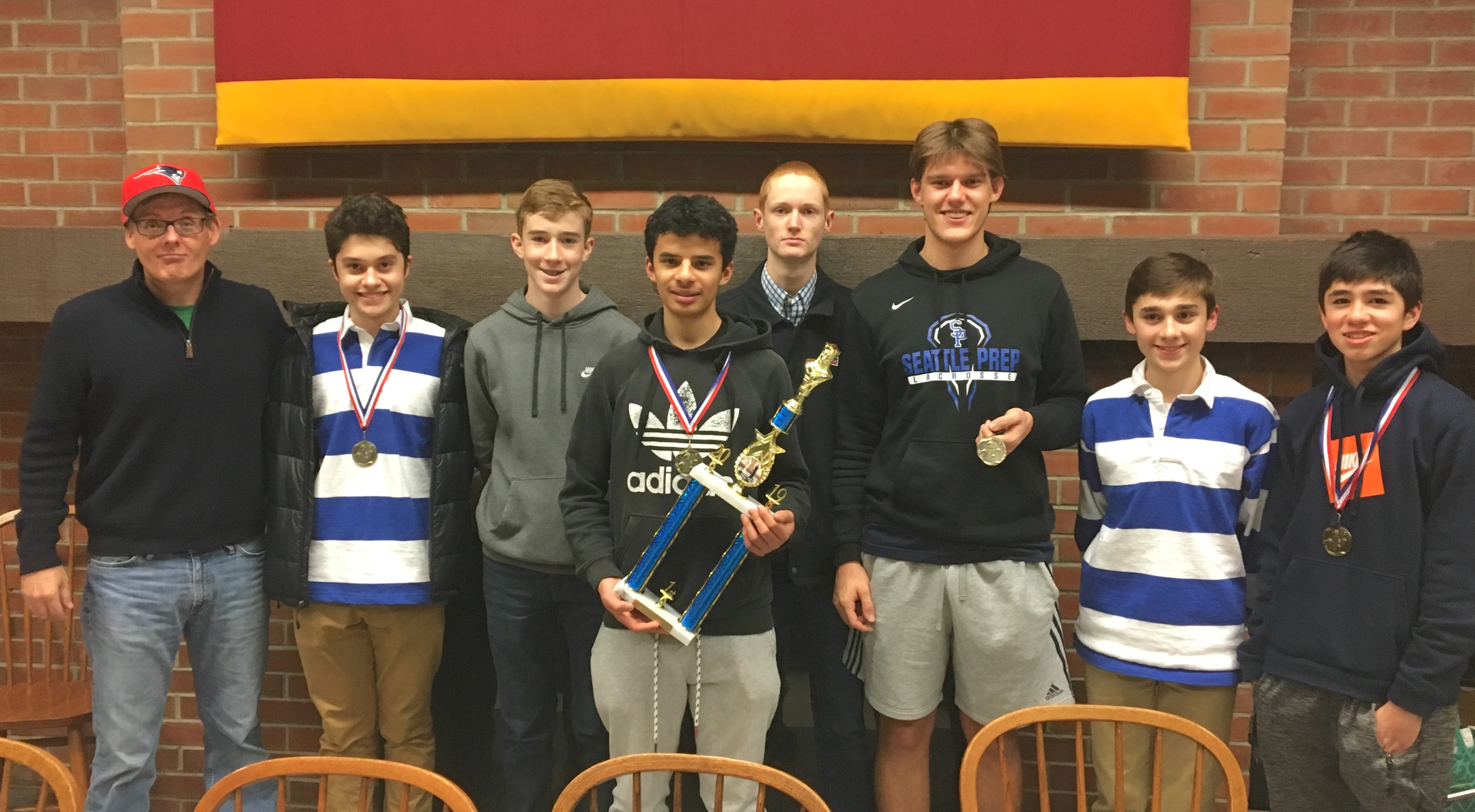 The Seattle Prep chess team is open to anyone with an interest in the game, regardless of ability or experience. The program provides students an opportunity to hone their chess skills, represent Prep against other teams from across the state, and have fun doing so.

The team practices after school beginning in October, with weekly Metro League matches falling on Wednesdays. We also attend a number of weekend tournaments held during the season and host our own Catholic Schools Tournament for middle school programs in the area. The season typically concludes in early March, with the State Team Championship.

The Seattle Prep Chess Club is lead by Head Coach Emil Anka. Coach Emil, the founder and owner of Chesssport.com is a FIDE Chess Grandmaster with over 30 years of teaching experience and he is also a FIDE International Arbiter. Coach Anka and his assistant, US National Life Master Kyle Haining, bring enthusiasm to growing the game of chess at Seattle Prep. They are committed to providing high quality instruction to players of every level. The chess team is a place to come have fun and improve your chess game.